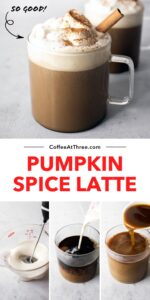 About This Pumpkin Spice Latte

Nothing says fall like pumpkin spice latte (shortened to “PSL” to hardcore fans) and it’s the perfect morning or afternoon drink to warm you up in the cooler months. 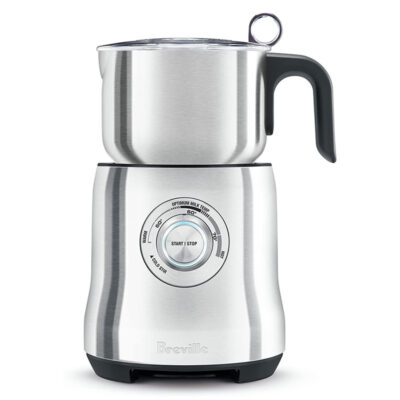 Love this little machine that heats and froths milk at the same time. Great for making frothy hot chocolate too!
SEE PRICE ON AMAZON

How to Make Pumpkin Spice Syrup from Scratch

Dress up the drink with ground cinnamon and a stick of cinnamon to make it festive. The cinnamon stick is purely decorative, so it’s completely optional.

Which coffee option is the best for this recipe?

Espresso would be my first choice then any strong coffee made from a coffee machine, Nespresso, or Keurig.

What’s in a pumpkin spice latte at Starbucks?

The one at Starbucks is made with espresso, steamed milk (the same kind of milk used in lattes), Starbucks’ pumpkin spice sauce, whipped cream, and a pumpkin spice topping.

It’s a blend of ground cinnamon, ginger, nutmeg, and cloves. AND sulfiting agents, whatever chemicals those are. 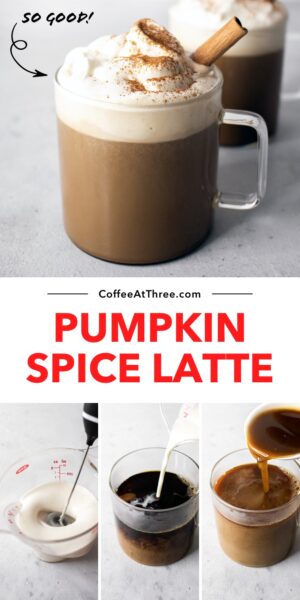 PIN THIS
Want to save this Pumpkin Spice Latte recipe for later? Save it to your Pinterest board!
SAVE TO PINTEREST 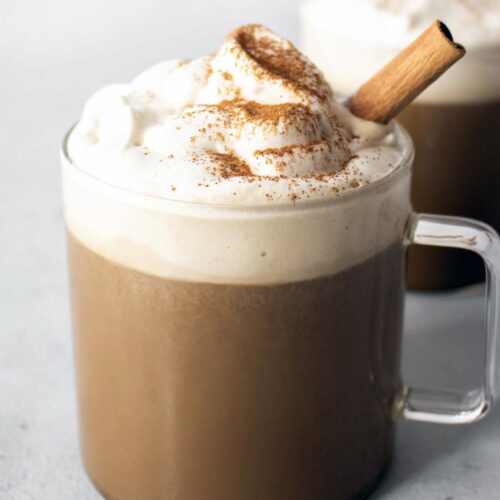 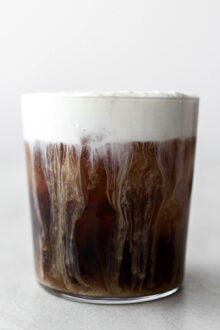 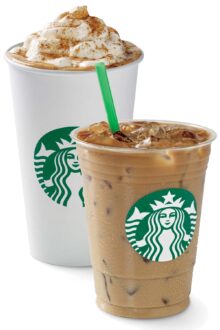 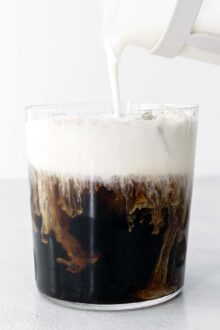 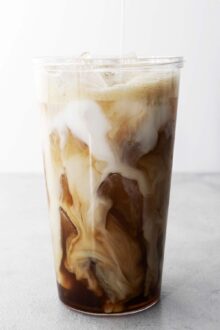 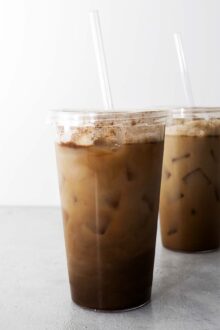 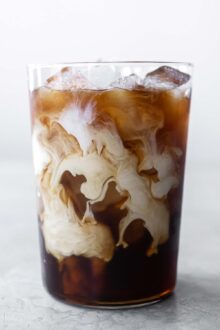 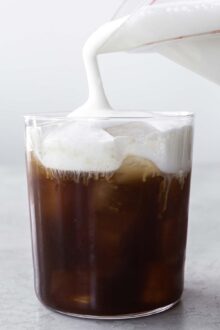