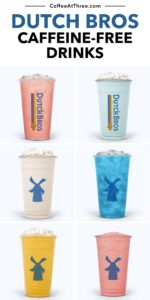 Whether you’re pregnant or want a drink that won’t keep you up at night, here are a list of Dutch Bros caffeine-free beverages.

Dutch Bros is known for their coffee drinks, but they also have quite a few caffeine-free options along with some low-caffeine beverages like chocolate milk.

If you’re trying to avoid caffeine due to sensitivity or because you’re pregnant, take a look at the drinks below for ideas on what to order at your next Dutch Bros visit.

Decaf has caffeine.
Even decaf has some small amount of caffeine. Dutch Bros decaf coffee promises to have remove 99.9% of caffeine, which leaves you with about 2-10 mg of caffeine per drink.

Decaf tea contains some caffeine.
Like decaf coffee, decaf tea also contains a small amount of caffeine. There is a decaf Paris tea on the Dutch Bros menu which has about 2 mg of caffeine.

Chocolate contains caffeine.
There’s naturally a little caffeine in chocolate. A kids size Not So Hot (hot chocolate) has 8 mg of caffeine.

Add any syrup or combination of syrups to sparkling soda water and you’ll get a caffeine-free drink. Ask for an “Italian Soda” and they’ll add cream to the soda plus the syrups.

Here are some popular options:

A year round popular caffeine-free drink is a lemonade. Lemonades can be ordered iced or blended. Any syrup can be added to lemonade for a tasty twist.

Strawberry Lemonade
A popular combo of lemonade and strawberry syrup.

Cotton Candy Frost
Very popular with kids, this Frost is made with blue raspberry and white chocolate syrups.

Birthday Cake Frost
Another Frost that’s popular with kids, this one is made with Almond Roca (toffee and chocolate) and white chocolate syrups.

Unicorn Blood Frost
Strawberry, white chocolate, and almond syrups are in this milkshake.

A blended drink of fruit purees and ice topped off with whipped cream. (Ice cream can also be added by request.)

Strawberry
A popular smoothie flavor made with strawberry puree.

If you’re ok with just a little caffeine, try these drinks.

Not So Hot
A kids size (10 ounces) hot chocolate steamed to a lower temperature. Kids size has 8 mg of caffeine, small has 10 mg, medium has 12 mg, and a large contains 16 mg.

Decaf Dutch Classics
Any Dutch Classic Breve can be made decaf (or half caf). A medium decaf breve contains only 2 mg of caffeine and a half-caf has about 96 mg. Try a Decaf Golden Eagle (vanilla and caramel syrups with caramel drizzle) or Decaf Caramelizer (chocolate milk and caramel syrup).

Decaf Paris Tea
With only 2-3 mg of caffeine, depending on size of the tea, decaf Paris tea from Harney & Sons is a good low-caffeine alternative to Dutch Bros’ regular tea. It can be ordered ice, hot, or blended.

Chai
Hot chai contains 27 mg of caffeine, iced has 27 mg, and blended has about 40 mg in a medium size drink. Make sure they don’t add any coffee to your drink. 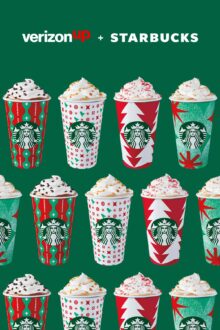 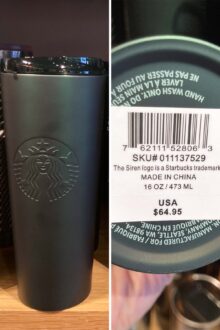 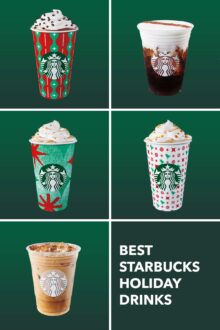 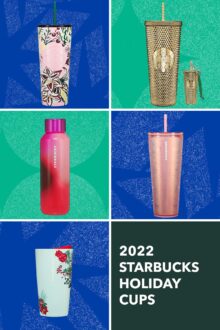